So proud of his Premiership team was Mount Eliza Cricket Club President, Alf Davey, (great grandson of original settler, James Davey) that he had a photograph taken of the winning side.

Here they are, seated next to the Mount Eliza Community Hall, adjacent to the “Old Ground” upon which Mount Eliza played from formation in 1926 until the Country Roads Board built the Nepean Highway Mount Eliza By-Pass straight through both Hall and Ground.

This photograph is a warm reminder of a Mount Eliza long gone, a small seaside/farming community whose fundraising built the Hall and whose subscriptions allowed the Cricket Club to purchase it’s equipment and curate its playing field.

This photo was presented by Alf Davey to the Mount Eliza Cricket Club as recognition of the achievements of the 1929/30 flag winners and hung in the Hall until the bulldozers did their work. The whereabouts of the original is unknown. 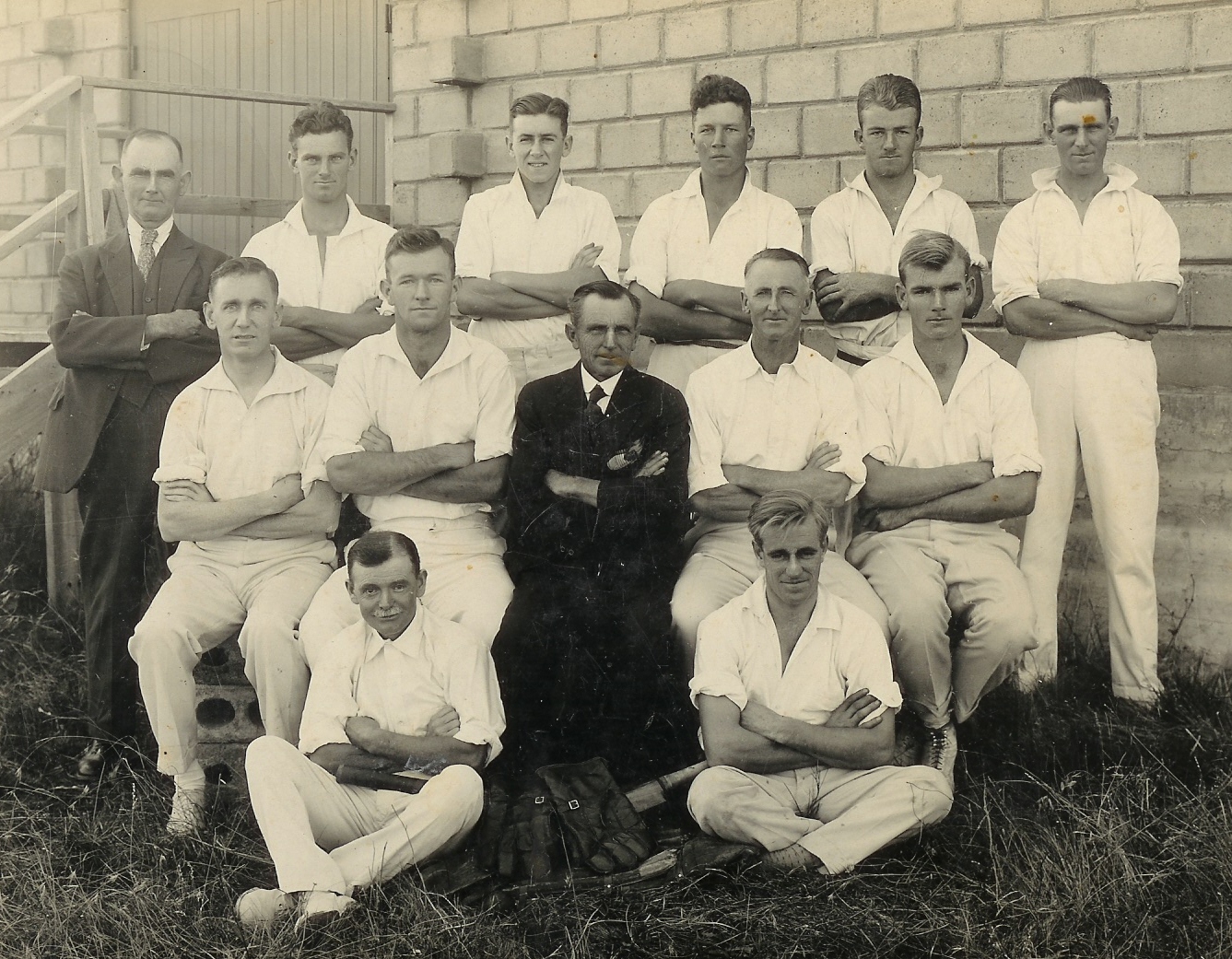 The Mount Eliza Cricket Club’s Heritage Club is a volunteer group run by Mount Eliza Cricket Club past and current players. Through the organisation and promotion of various events each year the Heritage Club provides opportunities for current and past players, administrators and supporters to join together to maintain friendships and support the club.

Our objective is to bring people together from different eras that have represented or supported the Mt Eliza Cricket Club and to ensure that important items of the clubs history are recognised and secured. We plan to achieve this by:

The Mount Eliza Cricket Club has a proud and successful history, dating back to the Club’s inauguration in the 1920s. Initially a small, seaside village, Mount Eliza hosted one team during the inter-war period, enjoying premiership success in 1927. The Club disbanded during World War II, and reformed in the late Forties to ultimately become a powerhouse in Mornington Peninsula Cricket winning 58 senior and 20 junior premierships to this day.

Throughout its history, the Mount Eliza Cricket Club has had more than its share of premiership success, individual brilliance and above all, camaraderie. The Mount Eliza Cricket Club is truly blessed to have brought together such a vast array of cricketing talent and cricketing characters. The Heritage Club enthusiastically embraces its role to keep the memories of these great times alive whilst supporting the club and current players as they write new chapters of our history.

Would you like to be added to our database and receive information on upcoming events and club history?
Sign up for our newsletter.