At our first event the now “Heritage Club” was branded as the “Premiers Club”
Commentary provided by John Woods:
________________________________________
For an event that was cobbled together in just 40 days, this gathering was a remarkable example of what can be achieved in a very short space of time. It needed dedication to, and enthusiasm for, the task ahead. And, as it was proven, this production had it in spades!
The MECC Premiers Club was conceived on Tuesday, January 21 — the day of the funeral of MECC and MPCA legend Wally Wedgwood jnr — and born just 40 days later. It was an event that would have made Wally very proud of his club. Ironically, it was his death which resulted in the eventual birth of the Premiers Club as his funeral was attended by more than 1000 mourners, many of whom were Mt Eliza CC players, some of whom had not seen each other for a considerable number of years.
The camaraderie they experienced on and off the field in their playing days resonated with MECC players past and present on this day and it didn’t take long for the germ of comments such as ”Gee, it’s been a long time since I last saw you” and ”We must get together over a beer” to develop into full-blown action. And so just 40 days later — a remarkably short space of time for such an ambitious project to get under way — the Premiers Club held its first function.
The idea was that the PC would comprise MECC members who had played in a grand final, senior or junior, for the club over the years and that in itself presented a mammoth task of trying to track down players who wore the green and gold up to 50 or more years ago. Leading the way were long-time MECC stalwarts Brian McCue, Tony McWilliams, Wes Bourke and Anthony Hare who surely broke pre-production records to get the show up and running in less than six weeks. With the boss’s (Cuey) approval, it is suspected that more Premiers Club business was discussed and acted upon than actual Optus business was conducted at the Carrum Downs HQ!
One can only imagine the enormity of the task they set themselves as they hit their phones, their computer and their contacts to try and ensure as many eligible players as possible were invited to the launch of the PC, ambitiously set for just a few short weeks ahead. The ‘production’ team grew rapidly in numbers after those contacted then added their support for the search. The eventual response was amazing and on the late afternoon and evening of Saturday, March 1 the Premiers Club was launched, attended by more than 100 past and present MECC members who had played in a grand final for the Mounties.
The stage was the club’s Wooralla Drive clubrooms, suitably adorned with written and photographic memorabilia of days and events long gone but never ever forgotten. Grand final participants came from around Melbourne, around Victoria and even from interstate for this opening production and vowed to return for the next one. Tales were told and re-told (some of them actually reported to be true) as Mounties old and new reminisced.
Present club president Mark Curwood added further enjoyment to the evening by insisting the club pay for the catering for the event, a spit-roast affair handled with aplomb by Wes Bourke, whose wife Deb provided copious amounts of salads and also helped sell raffle tickets. At time of writing. it was yet to be determined where the profits from a raffle and an auction (conducted by Paul ‘Trucker’ Treacy) would be channelled.
The master of ceremonies was Brian McCue who kept the guests entertained as only he can, although his effort was somewhat hampered by, at various times, either a non-operating or poor sound system (hence only a four-and-a-half-star rating for this otherwise impeccable production). We have it on good authority, however, that plans are afoot for a superior sound system to be permanently installed by a club supporter (details will no doubt appear on this website at the appropriate time).
All in all, and for all the reasons stated, this was a remarkable effort and an absolute credit to all involved. Along with everyone else, we eagerly await the next Premiers Club event! 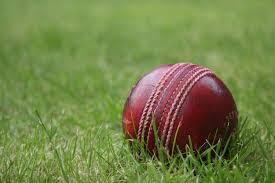 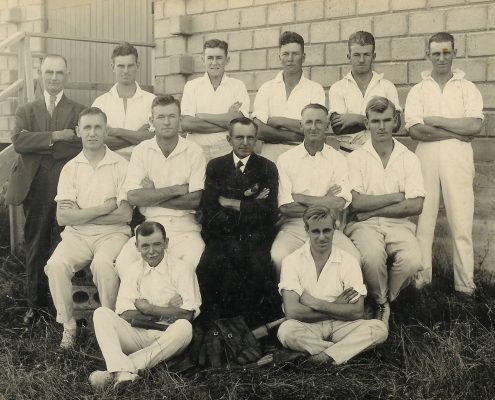 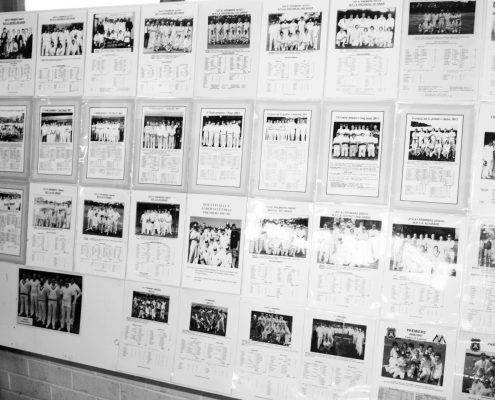 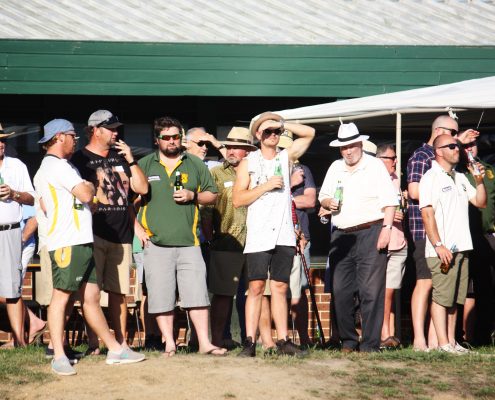